Hi, I am writing an article about “Factors that Affect Volatility of Stock Prices in the Sectors of — Mining, Oil, Property, Services and Financials.” I would like request what you think are these factors. You can focus on a specific sectors if you wish. Due citation will be given to responses.

If you are into stock investing, Property sector is one of the most profitable stocks that you can hold. Let us enumerate and familiarize the factors that affect the volatility of its stock prices:

1. Demographics are the data that describes the composition of a population, such as age, race, gender, income, migration patterns and population growth. In layman’s term, it simply means the ability and capability of the people living in a country to initiate and generate income in the real estate industry.

*For the Philippines, 2014 ended on a high note for the country’s real estate industry and it seems that the consistent upward trend will go on to 2015. Property developers and analysts have kept a positive outlook and foresee that the year to come will be another exciting one for the real estate industry. The ASEAN integration, the investment upgrade, and the swelling demand from BPOs and OFWs are considered major factors in strengthening and buoying the real estate market in the coming year.

3. The Economy is generally measured by economic indicators such as the GDP (Gross Domestic Product), employment data, manufacturing activity, the prices of goods, and government spending. Generally speaking, when the economy is sluggish, so is real estate or property sector.

4. OFW Remittance, one of the biggest segment of the real estate market in the Philippines are the Overseas Filipino Workers (OFW’s). This group buys properties in the country through their families here and they send the money via remittances. And they are a sure factor on the volatility of property sector’s stock prices.
In conclusion, these are the 4 most common factors that affect volatility of stock prices in the property sector. But, taking time in studying these factors will surely grow investor’s confidence on buying or holding property stocks.

Co-Founder, Board of Director:
Financial Literacy Advocate at The Global Filipino Investors

Personally, i can’t claim to be an expert in trading, but I believe that the sentiment (locally and in other foreign markets) plays an important factor in the movement of share prices. Though technicals (charts) and the fundamentals of the company are important factors, from what ive observed, the sentiment almost always wins in terms of trend based on my observation.

Regarding Mining: One of the biggest factors that affect this industry is government regulation. We have seen how certain listed mining companies in the past get significant traction from foreign investors, surging their stock prices up as soon as partnerships are announced in media, but would later on still falter due to government policies that prohibits or limits their operations. The government plays a huge role in this sector

I hope this study helps…

The Factors Affecting Stock Market Volatility and Contagion:
Thailand and South-East Asia Evidence
Thesis submitted in partial fulfilment of the requirements for the degree of
Doctorate of Business Administration
by Paramin Khositkulporn
School of Business
Victoria University
Melbourne
February 2013

Speculation plays a major role in stock prices which directly affects the demand for a particular stock. In general, speculations like future mergers, big projects, follow on offering, backdoor listing, bond offering, dividends are few of those news. In specific sectors there are also speculations

Mining. Speculation in terms of mining are affected by regulatory concerns and regional market prices of metals like nickel, copper, gold, and silver.

Oil speculation is affected by global oil prices. The vast supply and demand chain worldwide is an indicator for the short term and long term trend of oil. Oil drilling like metal mining is also driven by regulatory concerns of oil producing countries.

1. Meeting the expectation of an investor:

The company’s result (including the target profit and financial position) should be acceptable for the investor. In this expectation, the behavior of an investor is affected because of belief or trust put into the company. With this set-up, the stocks could be either sold lower or higher.

2. Business Risk Management of the company:

If significant incidents or accidents that affect a company are not properly handled, the integrity of the company is undermined. In these cases, investors’ outlook on the company’s potential to earn is affected negatively. Thus, stocks on hand could be sold immediately as an escape plan for investors.

A lot of these volatility are due to demand and supply variables. Eg oil. Excess supply over demand, political will of Saudi govt to gain market share by pricing out competitors etc. Same thing with mining. Govt regulations also play a huge part. Licenses, safety regulations, disclosures

A hint of potential penalties to a mining company for example would drive the price down by a lot. Same with oil companies. The volatility is huge in these two due to the inherent speculative nature of exploration and discovery of resources.

For property naman, Ganun din. Supply demand, tapos potential of projects. If they are residential, commercial, office, tourism, industrial, infrastructure etc. There was a recent news of a developer who had employees died and injured in Boracay and that could have an effect of their intended IPO this November. Maybe they will push it back or let the news die down first etc. Safety issue kasi Yun e

Things like these could delay development of projects and more importantly if penalties arise. The question is if it will be hefty enough to hit the bottom line. Another similar scenario was the one with Cebu pacific last year. They were given a huge fine but in reality the financial impact is minimal. More damaging is actually the perception of the customers.  Medyo shielded lang yung Cebu pacific kasi people are still willing to suffer for budget flights. Yung sa Cebu Pacific was more of the huge delays in the airport due to the overbookings last December.  Cebu pacific price have rocketed to 200% though due to the huge drop in oil price. So swerte Lang sila.

For services Ganun din. Based on potential and depend on industry. Pwede kasi IT services, tourism services etc

Technology companies are more prone to huge swings depending if the technology is disruptive. Ex. there are exciting new technologies integrating uses of different things to the Internet. It’s called the internet of things. IBM is one of the major companies backing up these initiatives. The applications are endless. Limited only by human imagination.

Financials similar. Need to know if their margins and high enough, are they innovative, do they have a lot of non performing loans or are they manageable. 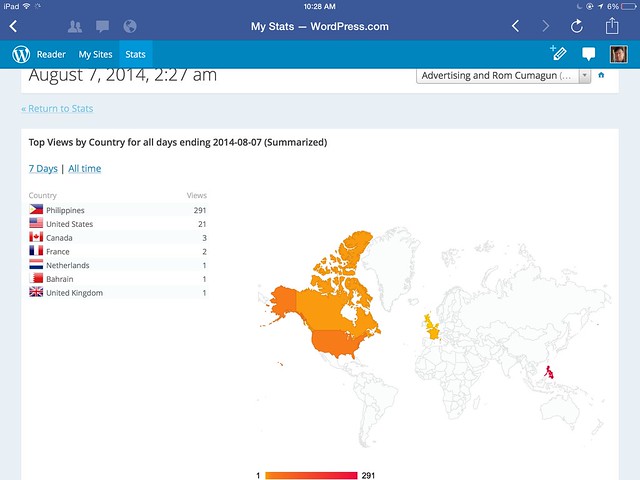 Studies Current Events Issues
With The Help Of
Eagle Eyes