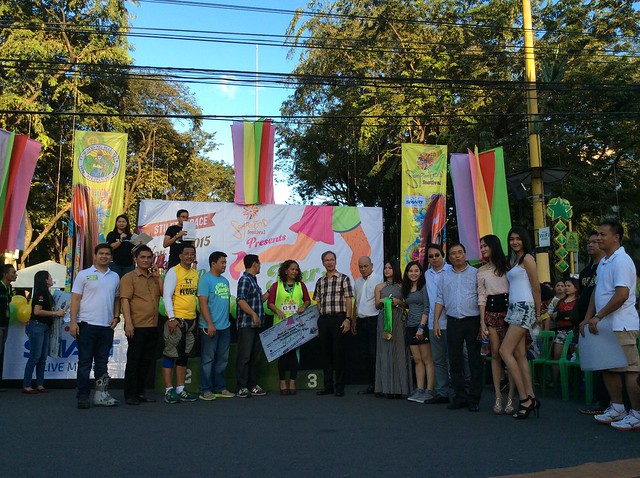 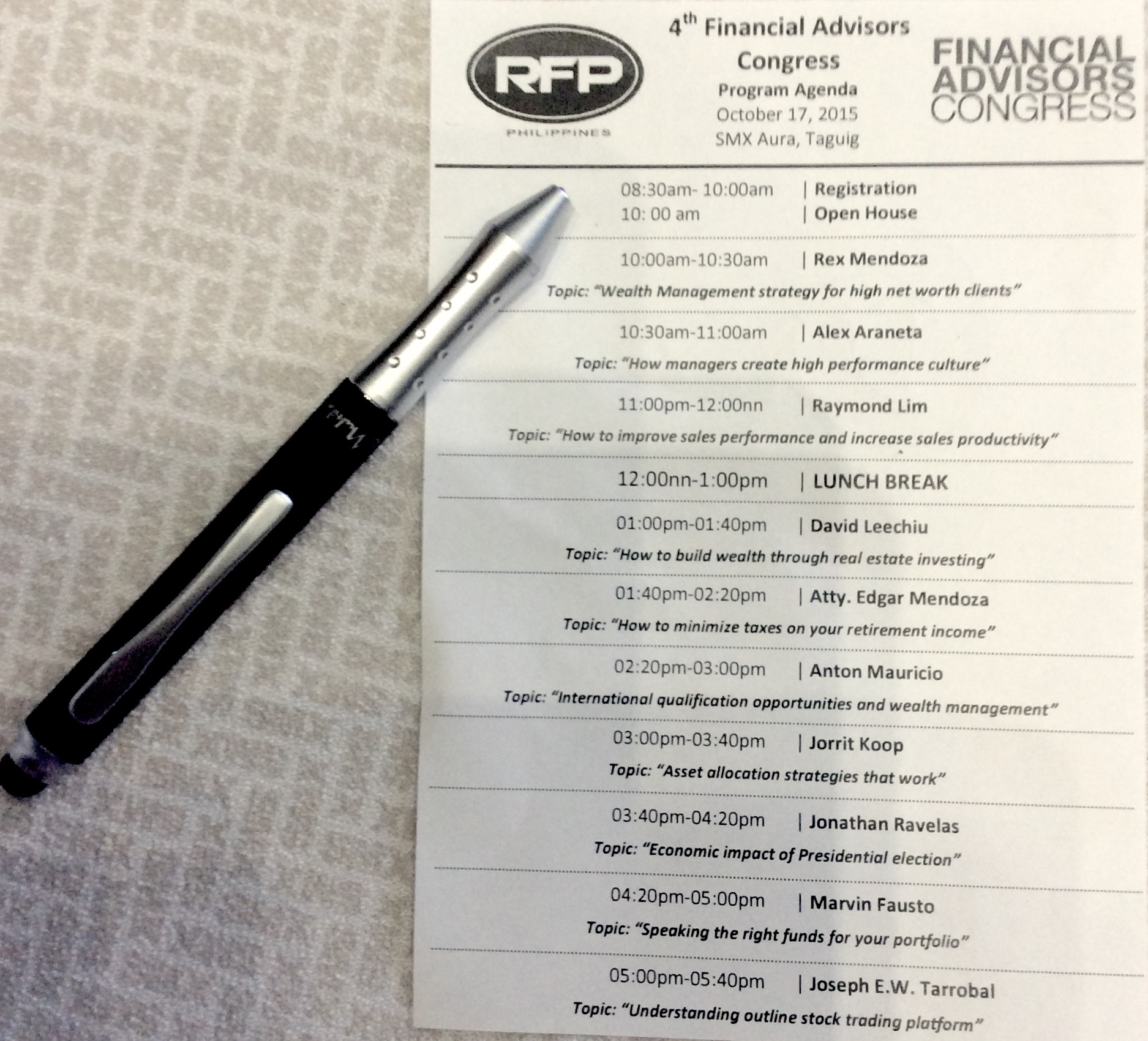 SERVICE IS FOREVER; ARE YOU READY TO SERVE? Joseph Tarrobal of Philstocks challenges financial advisers at the 4th Financial Advisors Congress Oct 17, 2015 info@rfp.ph. Organized by the Registered Financial Planners of the Philippines.

do you want financial freedom? - Financial Freedom isn’t about luck, it’s about choice. And the choice is up to you.

INVEST IN MUTUAL FUNDS VIA 1ST FUND SUPERMARKET - How do you determine the right mutual funds for your clients? Marvin Fausto of COL Financial shares COL's First Fund Supermarket

PRESIDENTIAL ELECTIONS & THE STOCK MARKET CYCLES - Is it good to invest in stocks next year? Catch Stock market veteran Jonathan Ravelas talk how you can benefit from elections in stock market at 4th Financial Advisors Congress Oct 17 SMX Aura info@rfp.ph Organized by the Registered Financial Planners of the Philippines.

CISI MEMBERSHIP: INVESTMENT IN YOURSELF - How will you stand out?  Anton Mauricio explains why CISI membership is a compelling marker of professionalism in the financial services industry

RETIREMENT INCOME: MINIMIZE TAXES - How do you prepare for retirement? What taxes do you need to be aware of and how to minimize it the right way? Learn from Chartered Trust and Estate Planner (CTEP) Edgar Mendoza

BUILD WEALTH: INVEST IN REAL ESTATE - Is it still good to invest in real estate? Will there be supply glut in the condo market? Learn tips from David Leechiu

HOW TO IMPROVE SALES PRODUCTIVITY - Learn with Raymond Lim

MANAGERS CREATE HIGH PERFORMANCE CULTURE - How do you create high performance culture in your organization? Learn the techniques from Alex Araneta

HIGH NETWORTH CLIENTS WEALTH MANAGEMENT - What are the wealth management strategies for affluent families? Learn the tips and techniques from Rex Mendoza

Marist Asia Pacific Center (MAPAC), Marikina Heights, Rector, Br. Peter Rodney conducted an alumni recollection that could be described as a seasoned Marist leading the youth to follow In The Footsteps of Marcellin Champagnat.

Br. Rodney, in his manner of conducting the recollection, made clear what Marist Brothers of St. Marcellin Champagnat (FMS founder) stands for.

The book he shared is one of the core documents of the Marist Brothers. It documents their vision for Marist Education today, especially as it pertains to schools and other educational initiatives such as this recollection.

Bro. Peter showed a video illustrating the network of Marist activities worldwide and contextualized this alumi recollection as just one of the sustained efforts of Marcellin’s disciples. The video shows that Marist Brothers and Lay come from 79 countries, 24 Provinces, 4 Districts and 1 Mission Ad Gentes Sector. The number is broken down further to 3,552 Brothers and 72,762 Lay Marists serving 654,392 children and young people.

Br. Peter introduced the lay vocation of Marist. He shared the book:

Gathered Around the Same Table which recognises that brothers and laity together share the same charism and mission bequeathed to them by St Marcellin Champagnat. As a dutiful Marist, he convincingly passed on this charism to the alumni.

Best of all, he shared the Marian sprituality as taught by St. Marcellin Champagnat. His love for their founder flowed through his demeanor as he explained that Marcellin was a simple rural man with a grand global vision.

Another book he shared was Water from the Rock, a further development of Marist spirituality flowing in the tradition of St Marcellin Champagnat.

Readers probably saw in the videos that the author is not totally unbiased in writing this post. He is an alumni of Marist High School Batch 1982.

He started studying with the Marists in 1977.

He desires to be a lay Marist.

With the examples of Br. Rodney, Br. Crispin, Br. Pat and many others not mentioned, it is not impossible for him, in fact it is very exciting to follow in the footsteps of Marcellin Champagnat.