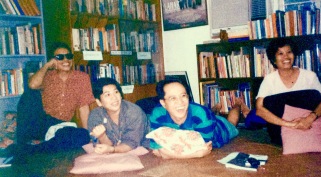 presents this Certificate of Completion to Rom Cumagun
for having satisfactorily completed the scriptwriting workshop for teachers held at Xavierville 1, Loyola Heights, Quezon City
on May 30, 31 & June 7, 1998.