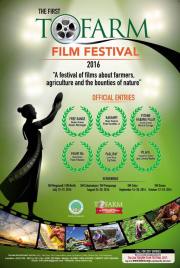 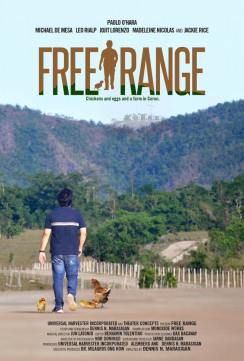 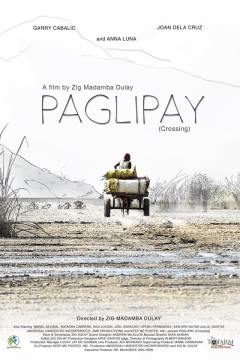 His Trials And Triumphs

The first-ever ToFarm Film Festival Philippines, featuring 6 films —‘Pilapil’ ‘Pitong Kabang Palay’ ‘Free Range’ ‘Kakampi’ ‘Pauwi Na’ ‘Paglipay’ — that aims to dramatize farm life through a variety of film genres including drama and comedy, as well as thriller and fantasy are being exhibited until July 19, 2016

The six films that received grant from To Farm Film Festival

Written and directed by Jojo Nadela, the film revolves around the story of a man who wants to escape the farm life to seek greener pastures, and a young boy who considers it his paradise. The cast are James Blanco, David Remo, Pancho Magno, Diva Montelaba, Bonbon Lentejas, Orlando Sol and Rez Cortez.

The film is about the Dela Cruz family who lives a simple, frugal life, devoid of electricity or any luxury, making ends meet by planting rice and gathering what the season offers. One of the child dreams of graduating from school and helping his parents. So he studies hard and earns honors at school. Dreaming of a better life, Balong counts the sacks of rice they have left, the money they need, and the little moments that led to an inevitable departure that will leave them all affected. Written and directed by Maricel Cariaga, the cast are Arnold Reyes, Sue Prado, Micko Laurente, Alfonso Ynigo Delen and Precious Miel J. Espinosa.

Written and directed by Dennis N. Marasigan, the film is about Chito, son to the owners of a lodge in Coron, Palawan. Because of a shortage in eggs in the town, he gets encouraged to go into growing organic chickens. The cast are Paolo O’Hara, Jackie Rice, Mads Nicolas, Michael de Mesa, Jojit Lorenzo, Leo Rialp and Ana Feleo.

The film is a true story of a cab driver named Ben, who takes on passenger Jun for a nostalgic ride. Ben recalls an incident that happened five years ago when he was sent to his home province Camiguin Island to perform an indigenous farming ritual that was no longer being practiced. Ben attempts to recall the ritual through blurry images of himself as a seven-year-old boy. As a result, the experience turns Ben’s life from the familiar to the worried and bizarre. Written and directed by Victor Acedillo Jr., the cast are Neil Ryan Sese, Gloria Sevilla, Felix Roco, Suzette Ranillo, Kate Brios and Perry Dizon.

Written and directed by Paolo Villaluna, the film follows an ailing man, a thief, a dog, a blind pregnant woman and Jesus Christ while they go through a tragi-comic journey of self-discovery as they decide to pedal their way from Manila to Bicol. A series of unfortunate events occurs that will either test their determination or distract them from their journey home. The cast are Bembol Roco, Cherry Pie Picache, Meryll Soriano, Chai Fonacier, Jess Mendoza, Jack the Dog, Boots Anson Roa, Gio Alvarez and Tessie Tomas.