Two boys discover a forty-year-old skeleton, and an old man trudges through a San Francisco park to an appointment at the Fior d’Italia Restaurant. Thus begins a story filled with love, political intrigue and murder.

The Separatist is two parallel stories: One about Julia Rice, a newspaper reporter, and the other about Mr. Anderson, an eighty year old man who roars into her life like an aging lion.

Forty years ago, Mr. Anderson was a separatist, a man hired by clients to manufacture damning evidence to be used to sever relationships between spouses, business partners or lovers.

But he had to flee the country to escape a Chinese warlord, Liu Kwong. Now he has returned, and he asks Julia to tell his story so he can bring Kwong to justice and closure to his life. Julia hesitates, but finally agrees when the old man offers to help her find her father, for whom she has searched since he abandoned her as a small child.

Julia learns that Mr. Andersen was hired forty years ago by Kwong to sever relationships with a woman, Kathy Griffith, who he claimed was his mistress. Andersen discovers Kwong’s real reason for wanting “to get rid of” Kathy is to prevent her from exposing his illegal smuggling operations, and if he is not successful, Kwong will have her murdered. In the process of investigating Kathy, Andersen falls in love with her, creating an agonizing dilemma. If he does not ruin Kathy’s reputation, Kwong will have her murdered, but if he fulfills the contract, he will destroy her trust and lose her anyway.

Like Andersen, Julia is trapped by her own past. She knows her father roams the country promoting fraudulent land schemes, but despite his unsavory character, she hopes to find him someday. But as Julia navigates the twists and turns of the separatist’s dangerous world, she makes startling discoveries that shake her confidence and nearly cost her her life. She has no choice however, but to continue down the path laid out for her by Mr. Andersen, for she knows it is the only way to bring peace to her life.

Trivia about Gordon Snider: He was an advertising account manager before he turned novelist. With pen and camera in hand, his research took him to many places all over the world but his favorite is the library. There he fell in love with the librarian, my auntie Fey Ilaguenio (and so my signed copy). He has two more novels with Helm Publishing, The Hypnotist, Venice Lost

A NIGHT OF FREE FOREX TRAINING AND PIZZA (9/28/2015) - Reserve your seats now! To register, click this link: bit.ly/forexschool

AU BPO EXPANDS TO NON-VOICE OPERATIONS IN RP (8/20/2015) - Australian BPO company Remote Staff Philippines hires up to 50 Filipino home-based professionals monthly. The company has expanded to contracting a variety of professionals such as web developers, web and graphic designers, virtual assistants, and other computer/phone-based job roles. Remote Staff connects them with international clients based in Australia, the UK and the US.

BE A CHANNEL OF BLESSINGS (8/24/2015) - Let us help one another in making our common home a paradise, full of blessings.

change of venue: run for dodjie (7/22/2016) - Takbo para kay Dodjie (Run for Dodjie's Cause) is now going to be held at Riverbanks, Marikina City 6:30 am instead of the original plan (Marikina Sports Center).

dear board of trustees Marist 82 aluMni inc. (8/2/2016) - I am left with no other recourse but to raise my issue to the general public. I am requesting a publicly audited financial report on the status of organizational funds.

dear friends of irene & eMerson beriones (8/4/2016) - May I request financial assistance for my husband Emerson Beriones because he needs a laboratory (BUA). I don’t have enough money to provide it because i have no work right now and also my husband. 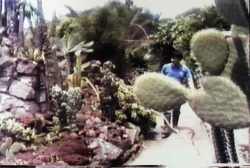 This short film was made as a supplementary segment to a regular TV Business Magazine – Instructional program — Magnegosyo (1998) hosted by Ninna Castro — co-produced by the Office of the President: Technology and Livelihood Center & GMA7 Television Network. The whole series was on Cacti and Succulents and the main objective of the series was to encourage viewers to propagate and sell cacti and succulents. The technology is very easy and there is no need for heavy capitalization. It bothered me however, as to why these plants are not popular in the Philippines. 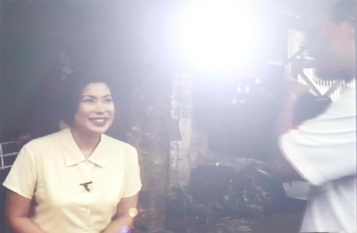 I discovered the culprit: there is a prevalent belief among Filipinos that cacti and succulents are thorny, they are considered “malas” or bad luck. I saw this point as a major block towards promoting business. I have to address the issue first before the audience will apply the technology and business proposition. Since this was more of an ideological problem, I resorted to the narrative film. I believe in the potential of the short film to bring about changes of ideology among viewers.

I chose melodrama as the genre because Filipinos love the form; the topic itself seemed meant for a melodramatic tone. I saw Ferdi (the main character) as the “ultimate malas” who wanted to shut out, and to kill even, everything that he considers bad luck — including his daughter Celine. His life looked as though it was a string of misfortunes — his wife abandoned him with a daughter to bring up, he was unemployed, his daughter’s teacher irritated him, he was hypertensive, to top it all up — his house burned down.

But even until the most unfortunate moment of his life, one of his alleged bad luck, his daughter Celine persisted to comfort and love him. Ferdi discovered just in time that he was doing something wrong: he was pushing away all his bad luck, when what he should have been doing was letting good luck (which were beside him all the time) enter his life. If there was any “bad luck” in his life it was his wrong way of thinking.

thorny outside, succulent Inside

The narrative film is not a standard segment in Magnegosyo; producing and directing it had its share of challenges. I had to include “instructional” components in the short film so it can be easily recognized as “within the format” of the show. There was no budget for actors so I had to request friends, former students, even Magnegosyo resource persons, to perform for free. Some of the actors doubled up as production assistants, musical scorers and production designers.

As director, this film was also brought about by a very strong desire to make narrative movies on a more regular basis — to make “telling stories on film” as my way of life. Integrating the narrative film in the TV instructional format is so far, my first major break. To date, the Magnegosyo series on Cacti and Succulents is one of the series that receives the most number of telephone inquiries. I would like to think that “Malas Daw sa Buhay” contributed to its success. 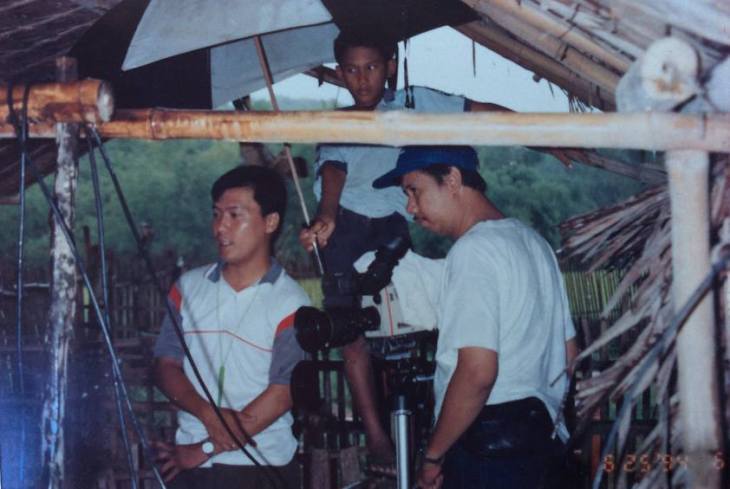 This educational blog aims to help my fellow Filipinos learn how to make money and meaning; this is my personal advocacy, my labor of love.

If you feel that my cause is worth doing, and if you think that I am effective in helping, then maybe I am also worth supporting.

With all my heart, I thank you for your generosity.

Please inform me of your support so I may give it due gratitude. Feel free to contact me regarding any concerns.