a sample product of Ceramist Nabih Saleh +9739453585 :
DELMON SEAL (Kingdom of Bahrain)
“Drinking Men” Two deities drink through long tubes toward their mouth, and amid them from the top there is a stick holds three half-moon with open ends where a sun can be seen. Ritual objects indicate the religious character of the scene.
SOURCE: Karranah, State of Bahrain TYPE: Late Delmon Civilization (2000 to 1600 BC) 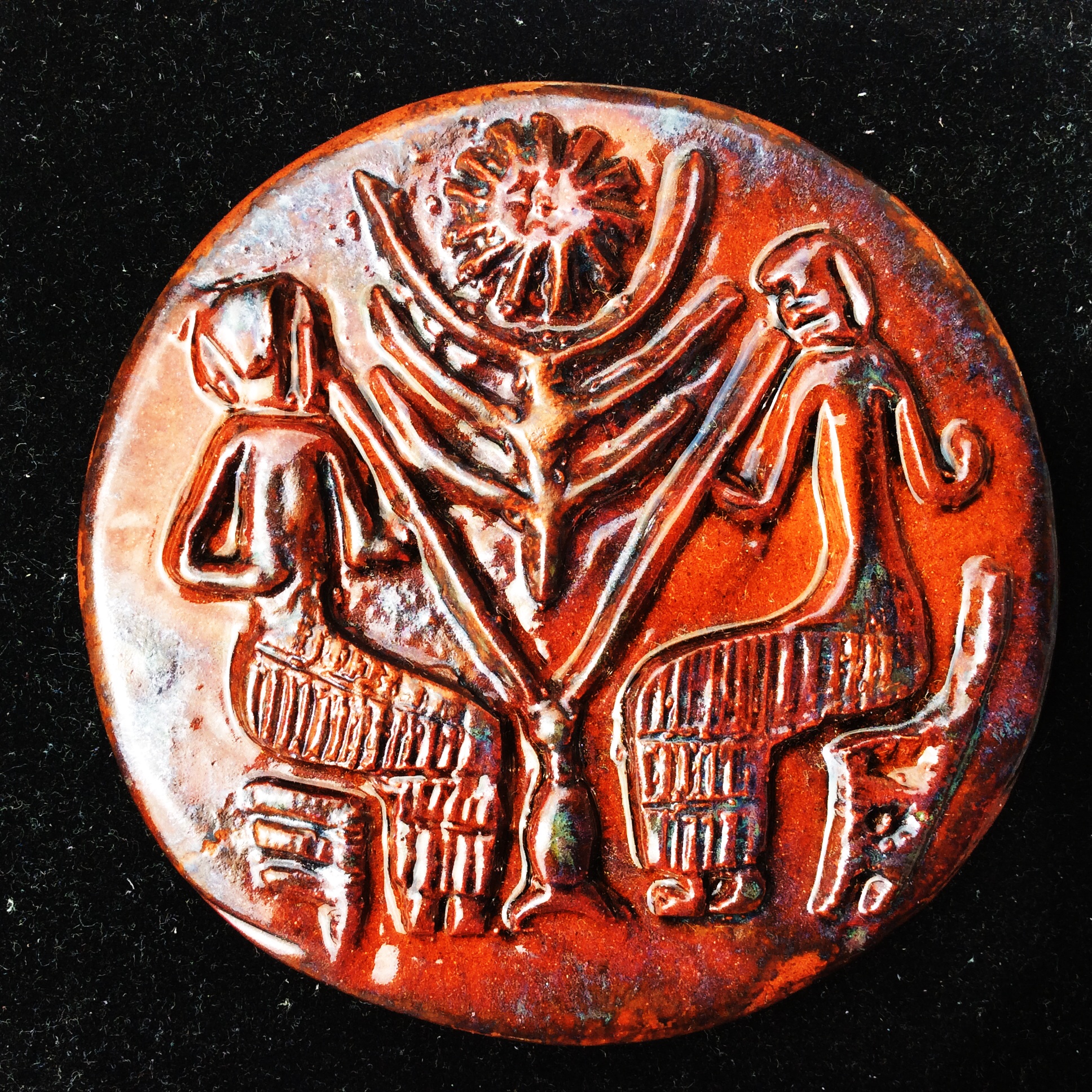 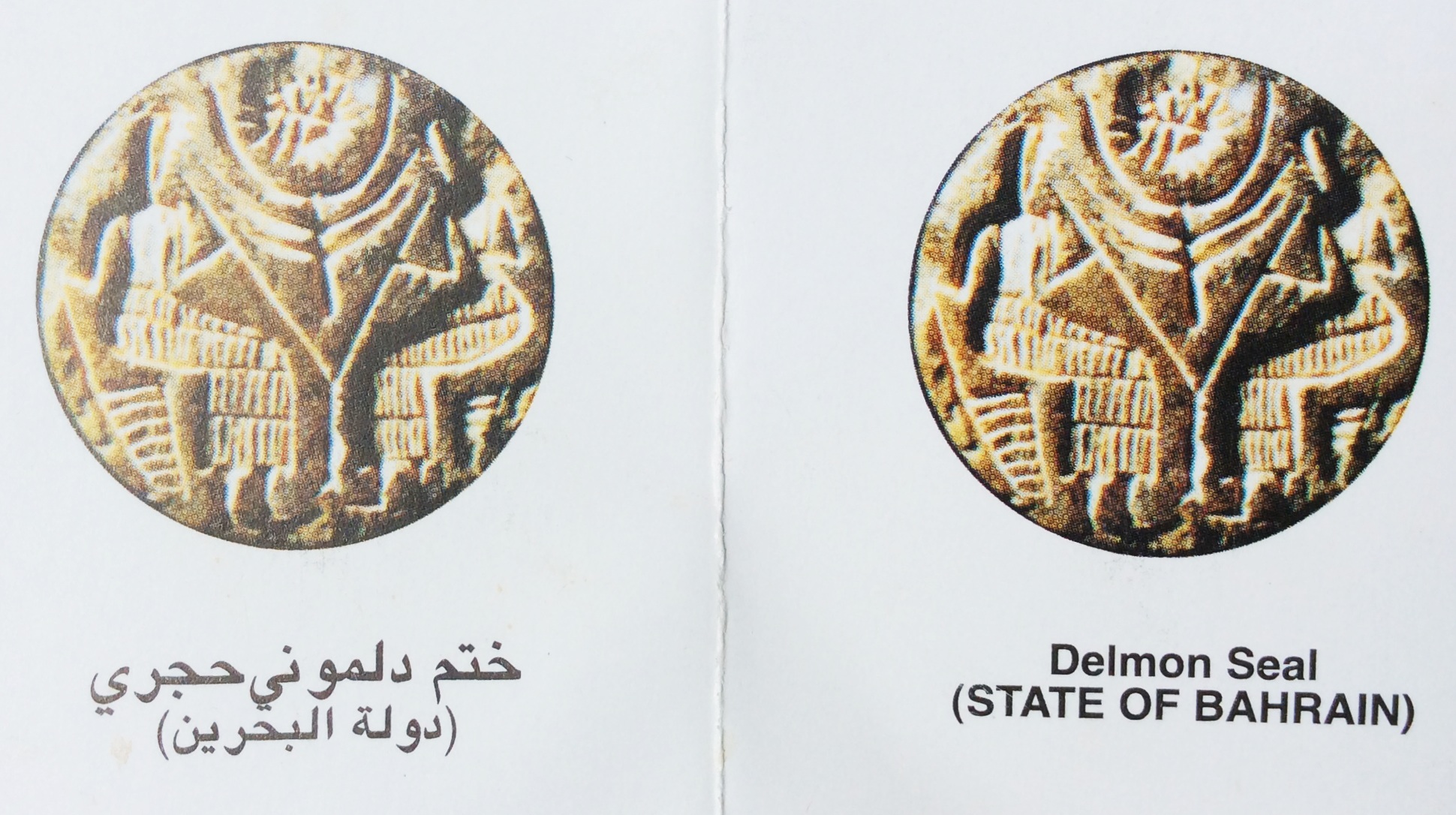 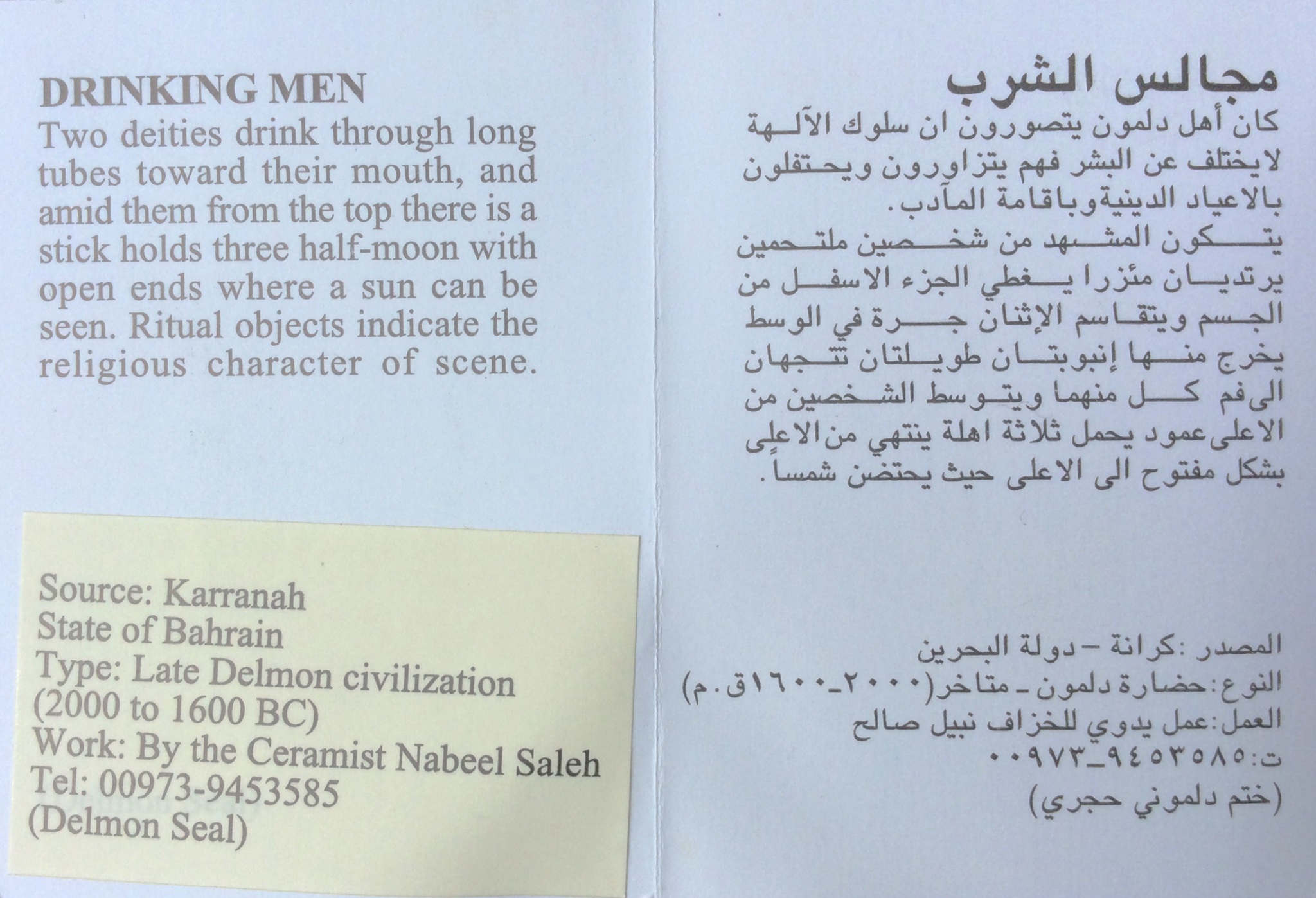